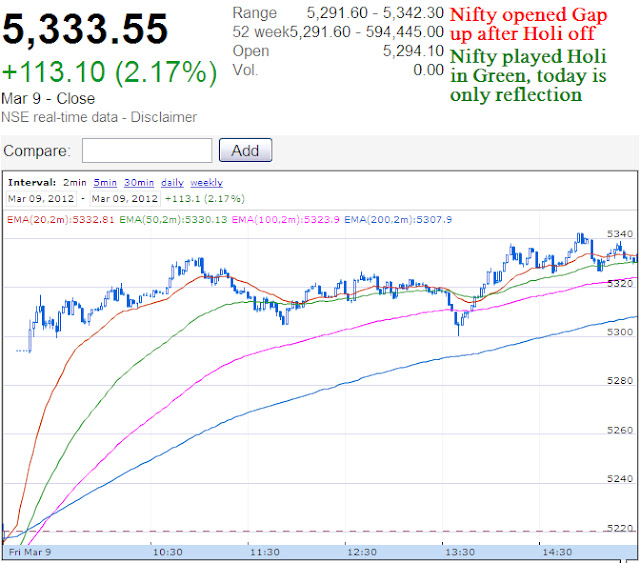 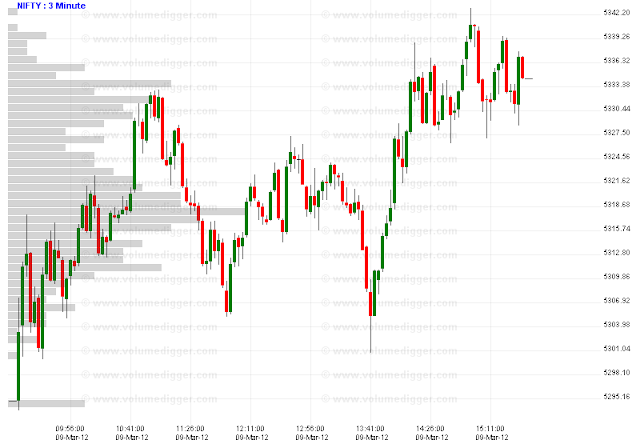 Consolidation can be noticed between 5330 to 5340 with upper low, which is a base formation for sharp upmove.
double bottom was formed at 5300 and it was used as buying opportunity for traders. I expect this move to continue till 5395 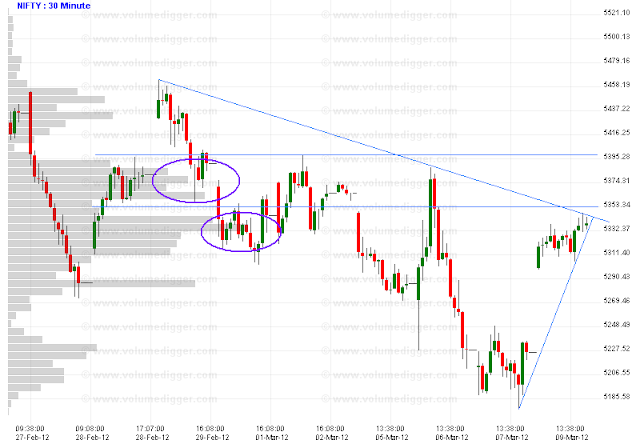 Second highest Volume concentration can be noticed in the zone 5353 to 5395. today nifty has closed exactly at highest volume concentration zone of 5332 to 5340. Hence if tomorrow Nifty opened above 5353 sharp move can be noticed and this will act as strong support in near future.
above 5400 It may touch 5600 before or on budget day
Gap up opening has created a void between 5171 (200 SMA) to 5300 which might be filled upto 5250 in any downmove.
Posted by Dhirendra at 3:56:00 PM