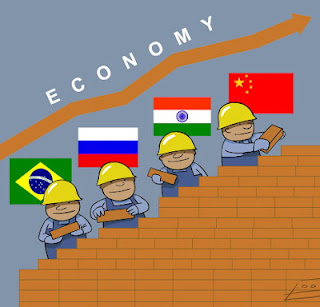 India could become the first BRIC nation to lose the rating, the rating agency said in a statement.
S&P cut the nation’s credit outlook to negative from stable in April, dealing a further blow to Prime Minister Manmohan Singh’s development agenda.
Singh’s efforts to allow greater investments from overseas insurers, pension funds and retailers in the past year have been rejected by his coalition allies, dampening investments.
The agency’s long-term sovereign credit rating on India is BBB-, one level above speculative grade. Aside from India, the BRIC group also includes Brazil, Russia and China.
India’s factory output probably grew 1.7 percent in April, compared with a decline of 3.5 percent in March, The government will release the data tomorrow.

Investors has taken all these views as negetive and hence try to low down their exposure from market. Tomorrow bearish sentiment may play more actively and  further downside can not be ruled out. first support seems at 4964