News to watch on Monday Jan 9 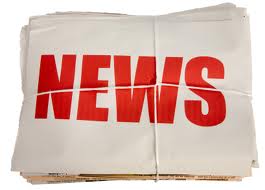 Hungary's debt rated "junk" across the board, underscoring investors' doubts about the government's willingness to change its controversial policies in return for aid to stave off a financial crisis. Fitch Ratings said it was downgrading Hungarian sovereign debt by one notch to BB+ with a negative outlook, putting the country's bonds in the higher risk category and suggesting the investment climate was not going to get any better. Fellow credit rating agencies Moody's and Standard & Poor's already rate Hungary below investment grade.

On Monday, 9 January 2012, all eyes will focus on China, which will tentatively release its latest economic growth, inflation and trade balance figures. Also on Monday, US consumer credit figures will come out, while in Europe traders will keep an eye on Swiss unemployment rates and French consumer spending figures. The UK, meanwhile, will release manufacturing and industrial output figures while in Canada, housing starts and building permits will be released.