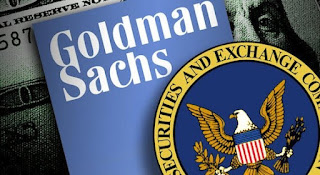 Goldman Sachs upgrades India Stocks to "marketweight" from "underweight". in its latest Asia-Pacific Quarterly Outlook report dated March 22, saying domestic growth will pick up, while stock valuations remain "relatively attractive."
Investment bank Goldman Sachs upgraded Indian equities and expects the Nifty to touch 6,100 by 2013, said a research report from the company.
Indian growth will pick up to 7.2% this year and 7.8% in 2013, from 6.9% last year, Goldman added, while slowing core inflation would allow Reserve Bank of India to cut the repo rate by 150 basis points during fiscal 2013.
"We believe growth will indeed pick up in India over the next one to two quarters and that the equity market will start to reflect these prospects in the coming months," Goldman said in its report.
On challenges, Goldman said oil prices remain "the most significant risk" to their "positive" view on India.