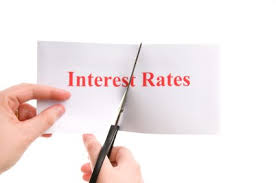 RBI Finally Cuts Rate by 0.25%. It was the most awaited announcement in near past. What does it mean to our pocket and what will happen to our "Ye dil mange more" attitude. RBI has made credit easier for Banks and hence Banks will pass the benefits to end customer.

#1 Your loan rate will come down in same %
#2 Banks will have more funds to lend money
#3 Deposit rates likely to reduce, which means for FD inverters it's not good news though

Following chart is of Banking Loan Growth which has been almost muted in last year.

What Next?
Not so big question to bet on....Next meeting is in first week of February 2015, by that time, data would not be sufficient to back further rate cut. Also RBI would like to judge Government budget to move on. It has already said that expecting inflection to below 6% by January 2016, and 100 basis point cut on cards.
Posted by Dhirendra at 12:09:00 PM